Two Indian Muslim women living in Aotearoa have offered their opinion on the hijab ban in Karnataka, India.

Both writers wish to remain anonymous for the obvious reason of safety. For themselves and whanau. AAPI appreciates that they took time to write.

Here is the second article:

Victims In Their Game.

I’m seeing a theme here. It’s a theme that has existed my whole life that is showing no sign of slowing down. That is the question of a Muslim girl’s right to education. New Zealand has been confronted with this question last week. Who deserves safety on school grounds?

There are gaps in how this theme is explored in mainstream conversations. Almost always with Muslim men portrayed as ones removing Muslim women from their rights, and almost never as non-Muslim men doing the same thing. From France to India, Muslim women are being denied the ability to receive their education while being dressed in a way that is authentic, meaningful, and comfortable for them. Neither of these countries are Muslim countries. In fact, they are countries which have launched campaigns specifically designed to alienate and disenfranchise their Muslim populations. Why then do images of ‘extremism’ in these countries not pop into our heads when we merge the words ‘Muslim girls’ and ‘education’?

I must disclose here that I am a Muslim woman of Indian heritage. I do not wear hijab except for prayer, when at the mosque, or at a dawat where it’s appropriate to do so. This decision can change at any time and if it does, I can’t imagine why it would impact on my ability to do my job, further my education, or make my own choices in life.

This is the piece that is always missing in conversations about hijab; bodily autonomy. Forcing a woman to dress in a way that is not authentic to them is peak misogyny, whether that is in or out of a hijab. Too often, we focus on one more than the other at the detriment of millions of women who proudly wear their hijab.

It cuts deeper when we talk about India. This is a country where all religions have coexisted for centuries as friends and neighbours, celebrating each other’s festivals, and eating from each other’s plates. All that makes our region beautiful and unique is being stripped away as Muslims continue to be lynched and denied education.

The denial of education is key because education IS the key. To educate a woman is to educate a nation. To deny a woman education is to deny her and her community the opportunity to rise, seek their own conclusions about the world around them, and challenge them. And nothing can challenge oppression and extremism more than an educated woman who so boldly wears her faith for the world to see, empowered by her relationship with her Lord.

The schools in Karnataka who are denying entry to women in hijab claim the hijab is a distraction. I can’t imagine how. What they really mean is that they understand the damage this will cause the girls - psychological, emotional, and therefore their grades - and are acting on enforcing that damage.

And so, the theme continues. They disrespect Muslim women by not giving them credit to make their own lives, and then use them to further their own political and extremist agenda. In the end we all lose because, and this needs repeating, to educate a woman is to educate a nation. 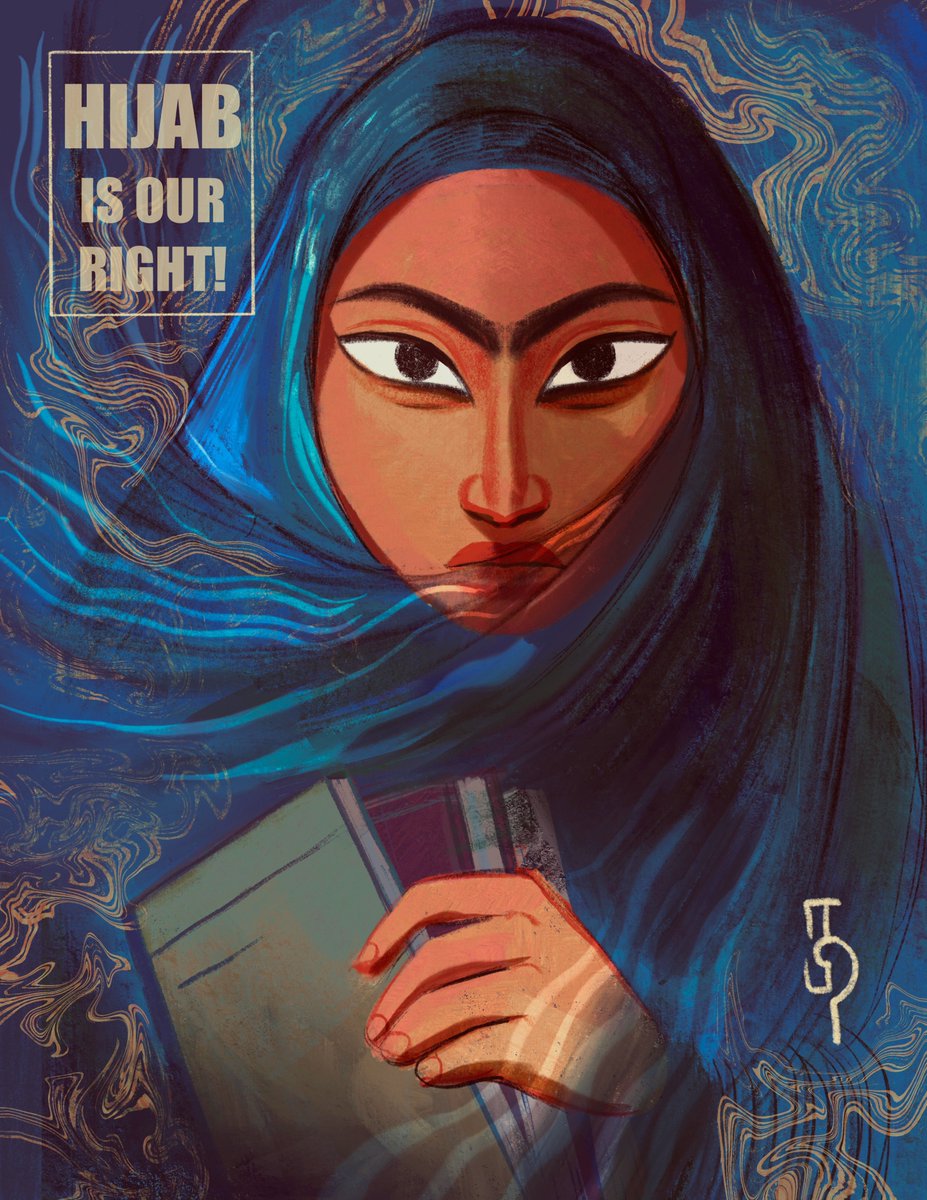