Two Indian Muslim women living in Aotearoa have offered their opinion on the hijab ban in Karnataka, India.

Both writers wish to remain anonymous for the obvious reason of safety. For themselves and whanau. AAPI appreciates that they took time to write.

Here is the first article:

The recent happenings in the Indian state of Karnataka over the ban of hijab in education centres calls for an examination and overhaul of the current policies in the country that are setting the stage for rapid self-destruction of a mighty nation. The purpose behind the uniform may be with good intentions: The wearers cannot be discriminated based on their cultural or religious identity and unisex uniforms may be intended at preventing gender-based discrimination. However, the whole idea of a uniform appearance across any given premise is nonsensical because people do not need to hide their identity. They need to show their identity proudly and not be discriminated against for who they are.

“Unity in diversity” is a badge that India likes to wear but ironically, diversity has always been under a constant threat. A country like India with its history and diversity spanning across millennia does not need leftist or rightist governments to set the platform for any futuristic dialogue. The current need of the hour is a centred approach which allows its citizens the net of safety, protection, progress, and freedom guaranteed by its constitution.

Indians are naturally deeply religious and spiritual people. Many nations started off as religious but chose worldly progress over time and religion took a backstage ideally serving as a personal choice. In India, religion is very much alive and is on the forefront of every political agenda. Religion has sadly been used to deepen the divides among its citizens. The best assets of any organisation are its human resources. The Indian government has chosen to sadly lose this potential rather than build on it. The few advancements that India can boast of today are way below expectations for a country that has been independent for more than seventy years and for a country that has had a very vast set of resources at its disposal. Globalisation has proved that Indians thrive as model citizens wherever they go and where their fundamental rights and freedoms of expressions are not challenged at every turn.

The constant battle of survival faced by Indian citizens of lower castes, different religions, and women in general can now no longer be ignored. The systematic harassment where communities are marginalised and targeted render the Indian democracy as a gross humanitarian failure. The apparent notion of establishing an ethnocratic nation is far from ideal. It is extremely hard to imagine the result without worry: A hypocritical society where socio-economic success belongs to only a certain subset of people. “The world is one family” ideology has no room in the current environment. Access to elemental needs and progress must not be determined by people’s socio-economic status, looks, language, culture, and gender. The state policies should not be designed based on exclusion in the name of uniformity. Such policies should be completely overhauled and redesigned based on absolute inclusivity and freedom from bias. In a parallel universe, the Karnataka State Government had the choice to amend the said uniform act to make it inclusive to all thus becoming a role model for a progressive India, no? 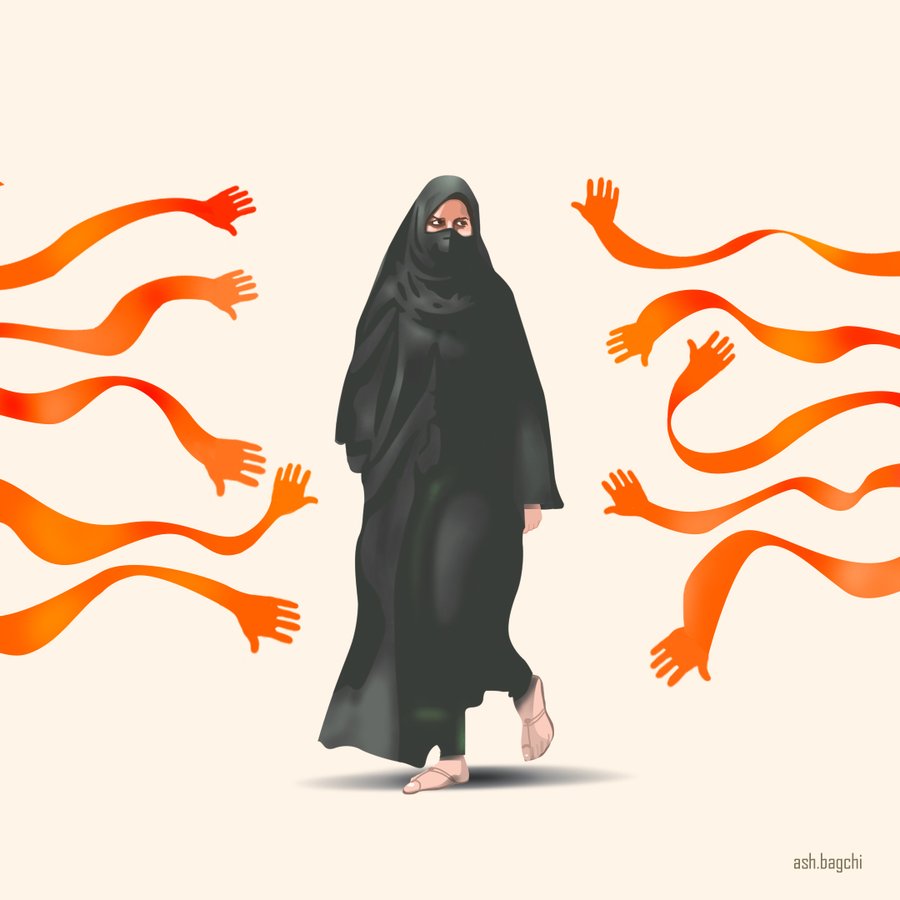